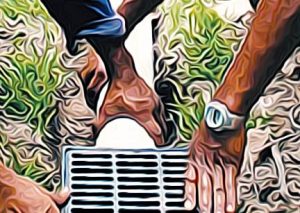 I’m in such a rush right now. I always am. I feel like I write a blog post similar to this every other week, and you think I would’ve learned by now. Alas, I have not and now I have fifteen minutes to get home before the drain plumber arrives.

Why do I keep doing this? Why do I get so caught up in whatever task I’m doing, whether that be literally sitting on the couch doing nothing or out walking my dog, or whatever? This time I was at a park with my friends eating muffins and drinking coffee. We do it pretty much every Saturday morning these days. But anyway, I digress. Maybe part of the reason I’m always late for things is because I keep going off-topic and getting distracted from the task at hand. See, I’ve done it again.

Anyway, I now have ten minutes to get home before the plumber arrives to do the urgent drain unblocking. In the Essendon area, our drains get blocked all the time, even if it isn’t our fault. I swear every six months I have to call a plumber in to fix the drains. Maybe that’s why I’ve been so lazy trying to get to the plumber on time. Like I know I’m just going to have to do this in another six months anyway.

Moving to Essendon pretty much ensured that I would know all the drainage contractors near the Melbourne CBD by the end of my first year. I didn’t expect that this would be the case. The old owners of the house probably should have told me.

Well, I’m officially not going to make it in time to greet the plumber. Hopefully, he knows his way around the suburb so that he can just get started. I will get to my house as soon as I can to try and uphold some semblance of manners, however.