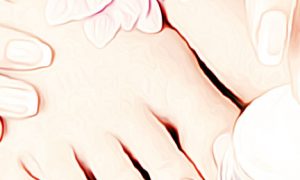 My child is a winner. When he was just a toddler, my husband taught him to bounce a ball. He took to it instantly, and was able to shoot hoops before he was even able to walk properly. We put him in junior basketball as soon as he turned five, and employed a specialist sports coach to oversee his development. Some may call us crazy, but I know my son better than anybody else and I know he lives and breathes basketball. He’s ten now, and he’s already been to nationals twice. He was on the court last Thursday practising free throws when he started complaining about a sore foot.

I immediately rushed him to the children’s orthotics general hospital near Cheltenham. No dillydallying – my child deserves the best. The friendly podiatrist examined him thoroughly – I even advised her to focus on certain areas of my son’s foot – and we eventually discovered my son has flat feet. At first, I was nervous that my son’s basketball career would be destroyed forever, but the podiatrist assured me that flat feet are common among young children, and a simple slip-in orthotic will fix the damage in a couple of years.

I was so relieved. My son sat down as the podiatrist explained how to correctly wear orthotics and how to minimise pain while walking, running and playing. She also recommended he take a rest over the summer to allow him to grow properly, but I’m not going to let that happen. He can’t rest for too long, or it’ll stunt his progress. Instead, I picked up a pair of orthoheel children’s sandals at a greatly discounted price. He can wear those to the beach.

Of course, I would go to great lengths to ensure my son’s basketball career remains intact, but it’s nice to know there’s not a huge price tag attached. I’ve already spent thousands on uniforms, coaching, travel and premium ice baths – I don’t know what I would do if this pesky flat feet thing required dozens of treatments a month.