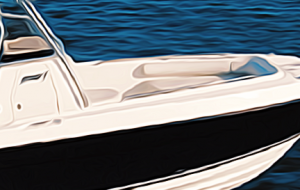 Sally had been obsessed with mermaids ever since she saw a human face at the bottom of the beach when she was five. Every school assignment, creative writing task, art project or discussion with friends was devoted to the creatures. Now, at the age of thirty, Sally was a self-proclaimed mermaid expert. She knew almost everything about them: what they looked like, where they lived, and how they communicated. But despite her best efforts, she had never seen one since that fateful day at the beach. That would all change when she met Tom.

Tom was sitting at the local docks and had just finished speaking to a boat catch installation specialist when Sally arrived. She crouched near the water and slid a finger through the waves in contemplation. When he approached the strange woman, she remarked on his new stainless steel fittings and how well they were customised to his boat. Awed by her knowledge, Tom offered her a free ride. Sally was initially apprehensive due to the rough weather, but Tom explained that he had taken multiple courses and was one of the safest drivers the area had seen in decades.

Together, they ventured out onto the ocean. As they floated, Sally noticed a fishing rod and idly wondered if it could catch mermaids. Tom nodded and said he had gone to the city to buy the snapper racks. Melbourne stores tended to specialise in certain supplies more than in other cities, and this store was no exception. They were strong and made to be durable, so he supposed they would be able to catch heavy creatures like mermaids – if only they could find some. To his surprise, Sally only smiled. Darting her eyes around to check for eavesdroppers, Sally revealed that she knew the exact location of a mermaid pod. Tom was in disbelief. How could anybody have come across information like that – especially someone who had never been on a boat before? But Sally was determined. She pushed Tom aside and grabbed the steering wheel.