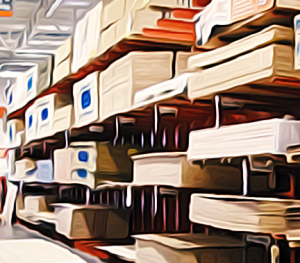 The fairies were going to build a new tree. It was spring, and many baby birds were hatching but had nowhere to live. As a tinker fairy, Thinkabelle knew it was her role to build a home for them, and what could be a better home than her most ambitious architectural feat yet – a living tree built from scratch? She knew there weren’t enough spare leaves or metres of wood in fairyland to build the tree. So, after seeking permission from the elder fairy, Thinkabelle quickly and quietly ventured to the human world to find more materials for her project.

Under the cover of darkness, she first flew to a hardware store in Bayside, an area in the south of Melbourne. She showed her plans to Bob, the fairy who worked in secret at the store when the humans left. Bob shook his head, and explained that Thinkabelle’s project was too elaborate. He instead put forward an idea for a different DIY project, which was a renovation to an old birdhouse located in the centre of fairyland. Desperate to make her see sense, he even offered competitive pricing on decking and flooring. But Thinkabelle was determined to make her idea work and could not be persuaded. Ignoring Bob’s pleas, she left Bob and flew to a store offering quality timber supplies near Cheltenham.

At this new store, she found the fairy named Jane to be much more helpful. Jane’s store sold so many different forms of timber that Thinkabelle could scarcely believe her eyes! Lining, cladding, hardwood, treated pine – everything she could ever possibly need was there. In the end, Thinkabelle left with a strong type of wood for the trunk of the tree and a number of different tools to help her with the project. She cast a simple spell so the supplies trailed weightlessly behind her, and flew back to fairyland to begin working on the tree for the baby birds.