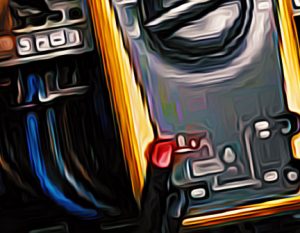 My sister and I had never expected we would end up in the building business, but eventually, we struck gold.

No, we literally struck gold.

We’d been at a work site overseeing the construction when one of the men had given us a holler to come check out something weird they’d found during the levelling for the foundation. We’d gone over — fearing the worst — but had been pleasantly, shockingly surprised. A small wooden chest, maybe two feet across; exactly what a pirate chest would look like.

‘Go on, open it,’ we’d gestured excitedly to the builder. The rest of the site had stopped at this point, coming over to see what the commotion was about. The man broke the rusted lock with his shovel, flipping back the lid to reveal a massive pile of gold and gems.

‘We’re rich!’ I gushed to my sister. ‘We can finally afford that easy to understand job management software for tradesmen near Melbourne.’ She seemed too bewildered to hear me, so I repeated it. She cut me off.

‘I wonder where it came from?’

‘Who cares!’ I laughed. ‘We own the land, it legally belongs to us!’

My brow furrowed. Why wasn’t she as excited as me? We were rich!

‘That much gold,’ she went on, ‘there should have been a record somewhere, no? I mean, even we should have picked up on it, we have the best electrical service scheduling software. Close to Melbourne isn’t the first place I’d look for pirate treasure either…’

I was getting annoyed. ‘Jess, if you don’t want to enjoy our new pirate treasure and being rich and happy and going on cruises with models and learning how to fly then I don’t even—’

She got a look in her eye. The penny had dropped.

‘You’re dreaming. This is a dream. How many times are you going to do this to us?’

I’ve never woken up more annoyed at my sister.