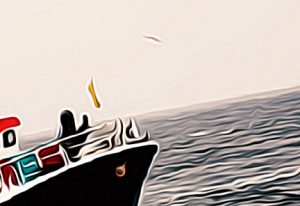 Another hour, another customer. Maphira continued through the day, continually telling herself that she was happy with how things were. Of course, she wanted to fight back against the new Robotopia. She hated that she had been tricked so easily by the Mechanists. But there was nothing she could do about it. This was her life now.

“So, how much longer until those bait boards are done?” she overheard someone asking. “I’ve got to get going soon, so can you hurry it up?”

“Not much longer,” the welder said. “But it will take as long as it takes.”

The grind never ended. She had stood in close proximity to this workshop, day after day, week after week, month after month for three years. People sought direction from her when they were looking for someone who was offering marine fabrication services near Melbourne.

Meanwhile, Robotopia expanded across the globe, another country falling to the new order each week. Soon enough, the Mechanists would have a global empire controlled by their machines. They were simply too powerful to stop now.

“Come on, I don’t have all day,” said hear the impatient client say.

Maphira balled her fist, her other hand clenching the blowtorch tight. How much more of this could she listen to?

“What are you doing?” The man was incessant. Relentless. Just like all the others. “Hurry it up, already!”

Maphira took a long gaze at the boat that was being worked on by the welder. Marine welding was decent enough, but this had never been the life she wanted. Wasn’t it better to risk everything and go out in a blaze of glory than hide away like a coward?

She tossed her sign to the ground, then stormed over to the client, staring him straight in the eyes. “You know what? Screw this. I was made for better things than listening to you pester the welders all day. You want those bait boards done? Do it yourself.”

And with that, she stormed out of the workshop, never planning to look back.