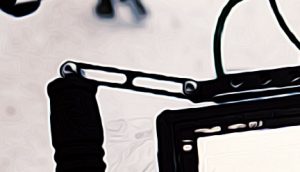 Well, it has definitely been a pretty crazy few weeks. Ever since Hobart was destroyed, things really went downhill. A bunch of mechanics rose up and declared that they were taking over the world, unleashing their army of machines. That kind of sucked, but I figured the whole thing would blow over in no time, like everything else weird that has been happening in Melbourne for the last few years.

I mean, we’ve had mutant roses attack everybody, an ongoing war between sentient cars and their natural enemies – the Church of the Tinted Flock – and an evil scientist elected to the position of Premier. But all that stuff sort of just goes away, and life continues as normal.

That doesn’t really seem to be the case this time.

The mechanics stormed the animation company near where I work and forced them to start making these promotional videos about the new world they are creating. See, that makes this feel a bit more real. In the past, it would have been some other 2D animation company that would be working for free to make these videos. But nope, the animation company in the same shopping strip as me is right in the middle of this one. So, that’s fun.

The latest video they’ve been working on declares that Victoria is now its own country, named Robotopia. I’m not sure whether that is the coolest, most genius name I’ve ever heard, or the dorkiest. Either way, I guess it’s kind of interesting that the video production team near Melbourne and near where I work gets a sneak peek at all these crazy announcements. It’s not all bad, because they tell me so that I can prepare for all the changes that are happening.

Obviously, some people are pretty annoyed about this new uprising of machines and their creators. Personally, I don’t like it either, but I’m not going to risk my neck to fight back. These guys mean serious business, so in my opinion, the best thing to do is conform.