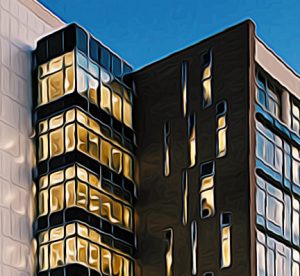 When the task came through from the command centre, Damien’s jaw fell open. In over a decade of work, he’d never been given such a high-profile job, let alone such a strange one. Previously, he’d worked for scorned wives and suspicious bankers. Even the occasional millionaire. But this? To sneak into one of the most well-protected offices in all of Melbourne and crack open a safe in the centre of the building? How could he possibly accomplish that?

Damien decided that simplicity would be key. After searching through a huge database of files, he was able to determine that the company would be employing window tinting experts over the next week. That would be his way in. He donned a vest and boots to give him the look of a trade professional. It was genius. Although Damien knew nothing about tinting, the clipboard he carried with him told a different story. It was filled with sheets of paper and phrases like ‘reduces heat’ and ‘energy efficiency’ – all things he was expected to know if he was going to pretend to be a part of the window tinting crew.

His preparation completed, Damien took a deep breath and walked through the revolving doors into the building. Years of training meant he didn’t wilt under the scrutinising gaze of the guards posted around the entrances. In the end, all it took was a quick scan through the metal detectors and he was in. Any time someone gave him an odd look, he simply flashed his badge; for all they knew, he was there to provide the best office tinting service in Melbourne. Damien followed a member of staff up a flight of stairs. The offices were light and airy, but ultimately hot and vulnerable to UV rays. He could see why the company wanted to cool the offices down. Perhaps he should give the real installation company a call to make sure they could complete the work another day.