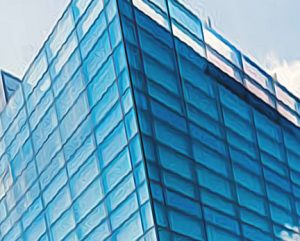 Transcript from an interview with Harry at Office Offices—conducted by Schlock Homes and assisted by Jon Whatson.

Schlock: Well, since our interview with Mark, two more windows have been shattered at Office Offices. Harry, tell us what you think about this development.

Harry: Why I’m absolutely infuriated that something so scandalous could be going on here. As one of our business’ accountants, I’ll be the one trying to squeeze replacement glass into the budget. And then we’ll have to get it tinted again! Do you know how hard it is to employ an office window tinting business at the moment? They’re all incredibly busy right now. It’s going to take me hours, if not days, to find the funds to get it done quickly. And we’ll need it done quickly indeed because it’s starting to get quite chilly in here if I do say so myself. And I do say so myself because it is indeed getting cold in this office!

Schlock: Shut up, man. You’re rambling. Pull yourself together and tell us what you think happened.

Harry: Well, personally I think that Richie is probably behind the whole thing. The other day, when I was in the break room eating my lunch, he came up to me and said that it really would be better if we had frosted glass. “Frosted glass?” I said, appalled. “Do you have any idea how hard it is to get glass frosting in the Melbourne CBD right now? Basically impossible!” Anyway, as he walked away, I heard him whisper something under his breath. It sounded like: “If I destroy all the glass in this office, we’ll have no choice but to get the frosted glass, eventually.” If you’re looking for the culprit, I’d certainly be questioning Richie.

Jon: Sounds like our next interview has been arranged for us, Schlock. Shall we wrap this one up?

Schlock: Indeed, my good man. Although I must say, something doesn’t seem quite right. I can sense a greater conspiracy. This is no ordinary case.