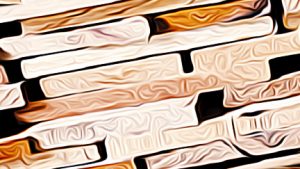 The night felt wrong, Noah decided as he crossed the dim car park towards the glowing strip of hardware stores. Every action has an equal and opposite reaction, was what Lucas had told him when he first conceived of tonight’s plan. Lucas was deliberate in everything he did. He always had a new idea to grasp up his sleeve. Noah could just never be sure it was a good idea. Especially tonight.

He saw Lucas and the others gathered near the neon sign that marked the entrance to the best hardware supplies store Cheltenham had to offer. He kept low, skirting close to the cars strewn across the lot, and away from the light flickering out of the open storefronts. There were cameras there, nestled mostly unseen amongst the interwoven scaffolding and roof tiles. Few people knew just how intense surveillance was in the area, but it was Noah’s job to be observant. He noted the sturdy toolbox Lucas slung over his shoulder, the handful of nails Harvey tossed around in his palm, the glint of steel on the toes of their boots. This group was a motley collection of boys and men, all individuals who had some sort of stake in the land feud. Noah slipped quietly into their ranks, scanning the neighbouring stores for signs of movement.

“It needs to be taller than that,” Lucas was saying. “We’re not in the Stone Age anymore. They can just use ladders to climb it.”

He pointed across the road, where one of the many timber fencing supplies stores servicing the Cheltenham area sat. Despite the late hour, it was flooded with tradesmen, presumably all of whom were working odd schedules and night shifts.

“You think that one will have what we need?” Harvey asked.

Lucas nodded, the red neon light cutting shadows across his sharp cheekbones. “Cameron said the fence has to be as thick as two people, so we’ll need more wood than that place even sells.” He jerked his thumb in the direction of the store behind them. “Get ready, boys.”